The GoTriangle Board of Trustees on Wednesday recognized outgoing member Ellen Reckhow for serving tirelessly for more than two decades after being instrumental in the very creation of the regional transit agency.

Research Triangle Park, NC (June 24, 2020) – The GoTriangle Board of Trustees on Wednesday recognized outgoing member Ellen Reckhow for serving tirelessly for more than two decades after being instrumental in the very creation of the regional transit agency.

Dr. Stelfanie Williams, vice president for Durham Affairs at Duke University, will replace Reckhow on the board July 1.

“I am pleased to welcome Dr. Williams to the GoTriangle board,” says Michael Parker, a Chapel Hill Town Council member and chairman of GoTriangle’s board. “As a vice president at Duke University, she will bring the perspective of one of our nation’s leading universities and one of the region’s largest employers. My colleagues and I Iook forward to collaborating with Dr. Williams as we work to improve transit for all.” 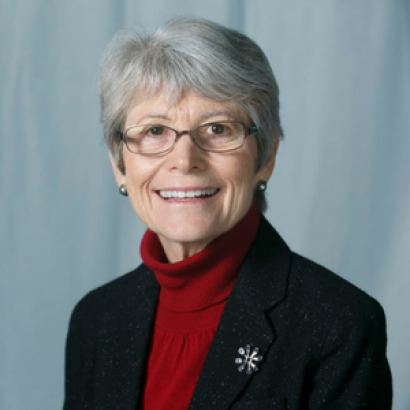 Reckhow, left, a Durham County commissioner since 1988, chose not to seek re-election, and the Durham Board of Commissioners and the Durham City Council voted this month to appoint Williams to Reckhow’s spot on GoTriangle’s board. The region’s principal municipalities and counties appoint GoTriangle’s 10 voting board members to staggered four-year terms, and the North Carolina Secretary of Transportation appoints three ex-officio nonvoting members.

As a Durham County commissioner in 1989, Reckhow worked with counterparts in Wake and Orange counties to get a bill creating the Triangle Transit Authority, now GoTriangle, through the General Assembly. A Triangle resident since 1980, Reckhow had seen the area growing and, with a master’s degree in city and regional planning from Harvard University, could envision what it could become with a cohesive regional transit plan.

The first board of trustees for the new regional public transportation authority was sworn into office in January 1990, and Reckhow was first appointed to a seat in 1995.

“Our first focus was regional bus service,” says Reckhow, who took only a little over a year away from the board over the next 25 years. “There was an increase in growth and development in Research Triangle Park in the late ’90s, leading to a lot of congestion, so traffic woes were legendary.”

To respond to the congestion, Reckhow and other Durham leaders worked with the Durham Chamber of Commerce to develop a Commute Trip Reduction Plan that “helped our large employers think through ways to facilitate telecommuting and other smart commutes, but it also promoted our transit service,” Reckhow says.

“That study planted the seeds for the light-rail project over 20 years ago,” says Reckhow, who counts the discontinuation last year of the last incarnation of that project as her biggest disappointment.

“There are a lot of lessons learned with what happened with light rail. We’ve taken the lessons and applied them to what we’re doing with commuter rail,” says Reckhow, referencing a 37-mile project that Wake and Durham counties are analyzing. “We’re much more focused on risk analysis and truly involving key stakeholders throughout the process.” 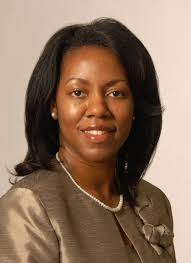 As an Eisenhower Fellowship participant in 2001, Reckhow toured Germany looking at the intersection of transit and land use and became an advocate for a seamless connection between transit providers across the Triangle. “GoTriangle adopted a customer service focus to seamlessly connect the various transit providers by creating a merged website and call center so information and routing across the Triangle were easy to obtain,” Reckhow says.

Parker says it would be difficult to overstate the contributions that Reckhow has made to transportation and other important issues in the Triangle.

“She has been a tireless advocate for regionalism and has taken particular interest in the connections between the environment and sound transportation policy,” Parker says. “We wish Ms. Reckhow all the best in the next phase of her life.  She will be missed.”

Dr. Williams, left, has been in her role at Duke University since 2018 and previously served as president of Vance-Granville Community College. She received her undergraduate degree in public policy and Spanish from Duke, a master’s in project management from Western Carolina University and a doctorate in education from N.C. State.