North Raleigh Express, your ride to Wake Tech RTP start up next week

Commuters in North Raleigh, students at Wake Tech RTP and passengers 65 and older are the biggest beneficiaries of the next round of improvements made possible by the community’s investment in transit. 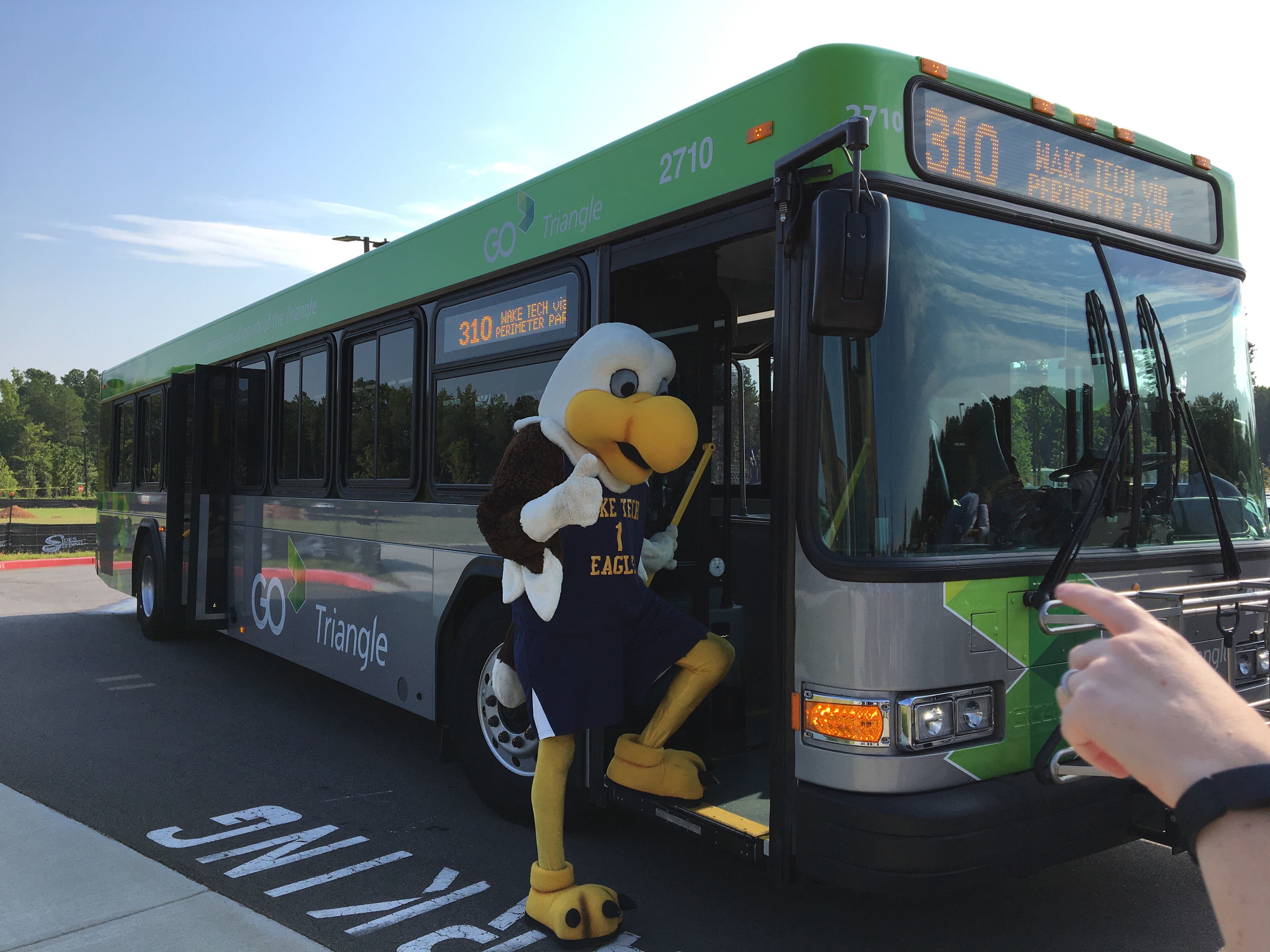 Research Triangle Park, NC (Aug. 2, 2019) – Commuters in North Raleigh, students at Wake Tech RTP and passengers 65 and older are the biggest beneficiaries of the next round of improvements made possible by the community’s investment in transit.

Starting Aug. 5, GoTriangle will offer the peak-hour North Raleigh Express or NRX, which will provide express service along I-540 from a park-and-ride lot at Triangle Town Center to the Regional Transit Center, with a second park-and-ride option at Falls of Neuse and Strickland roads. Find a map here. The NRX replaces GoTriangle Route 201.

From the Regional Transit Center, NRX passengers will be able to connect to GoTriangle routes to Chapel Hill, Durham, Cary, the new Wake Tech RTP campus, downtown Raleigh and Raleigh-Durham International Airport. Those who need to get to work in Research Triangle Park will be able to take advantage of GoTriangle’s new RTP Connect pilot program, also starting Aug. 5.

RTP Connect, which will replace the OnDemand shuttles that serve a designated zone within Research Triangle Park, will expand access within RTP for a longer period of the day. The program will provide a subsidy of up to $10 for those who use an Uber or Lyft app to request a trip to or from the Regional Transit Center.

Also on Aug. 5, GoTriangle will start Route 310, which on weekdays will provide direct access every 30 minutes from 6:30 a.m. to 8:30 p.m. from the Regional Transit Center to the new Wake Tech RTP campus and other Perimeter Park stops.

This route will be expanded this fiscal year to the Cary Depot, providing a larger portion of Morrisville with all-day service.

Also coming Aug. 5 are more trips on GoTriangle’s popular Durham-Raleigh Express (DRX) and Chapel Hill-Raleigh Express (CRX). The CRX will add service in the afternoons, and the DRX will get two additional buses assigned to the route, allowing service every 15 to 20 minutes during the busiest times of the day. No need to worry about missing a bus. The next one will be along shortly.

When GoTriangle changes its policy Aug. 4 to allow all customers 65 and older to ride free simply by showing a photo ID with birthdate, that age group will be able to ride free on all Triangle agency routes, although each agency has its own rules for boarding.

In October, Garner and Knightdale will go from peak-hour-only to new all-day service. The new GoRaleigh Route 20 will replace GoTriangle Route 102 and run hourly on weekdays from 5:30 a.m. to 12:30 a.m. The new GoRaleigh Route 33 will replace GoTriangle’s Knightdale-Raleigh Express (KRX) and connect to the New Hope Commons shopping center, which is served by multiple bus routes.

Voters in all three Triangle counties have approved a half-cent sales tax to invest in transit improvements: Durham in 2011, followed by Orange in 2012 and Wake in 2016. As the three counties go forward together to create a more unified regional transit network, new investments roll out each fiscal year. These improvements are part of the fiscal year 2020 transit plans, which started July 1.