After decades of compassionate service, Mr. Swann gliding on to new adventures

On Aug. 31, a journey marked by dedication and care for traveling strangers will end and another adventure will begin for Harold Swann, who will retire from GoTriangle after more than two decades of service.

RESEARCH TRIANGLE PARK -- On Aug. 31, a journey marked by dedication and care for traveling strangers will end and another adventure will begin for Harold Swann, who will retire from GoTriangle after more than two decades of service.

Now 66, Swann first came to GoTriangle in 1999 as a bus operator and spent the ensuing years on a personal mission to help people he encountered on his bus routes. Behind the wheel, he once dipped into his own pockets to provide fare for a woman who had left home for the police station without money as she fled an abusive spouse. But mostly, he saw each bus he drove as a place where he could lighten the load of passengers with a smile and pleasant greeting. 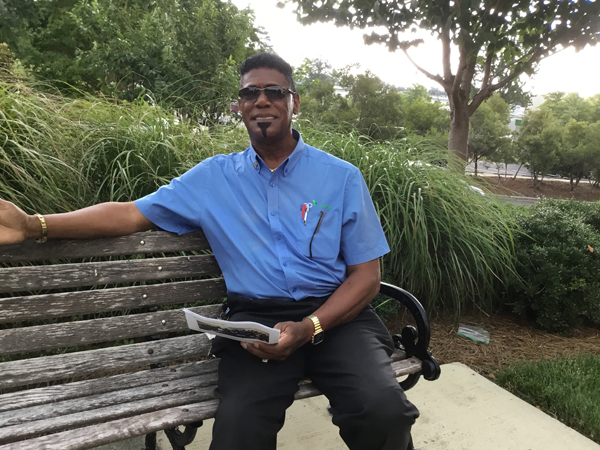 While a “softie” with customers, Swann was hard on himself, always showing up at work regardless of any pains and always impeccably groomed.

“Mr. Swann comes to work no matter what the weather condition is, every day,” said Swann, who sometimes likes to talk about himself in the third person. “He came when he had a headache. He came when he had his teeth removed. And they said, ‘Well, you know you have sick time!’ I had all my teeth removed since I’ve been here. That’s what you call the go-getter. And that’s the way my father raised me. You’ve got to do what you had to do.”

And sometimes what a bus operator has to do comes way too early.

“I remember all the mornings that I had to arrive before 3 a.m. to be at work for 5 a.m. It was a challenge,” he said. “In North Carolina, I had to come no matter if there was ice, snow, sleet, snow or storm. We had to be at work. The buses must run.”

The driving force behind Swann’s work ethic was always his customers.

“My goal is to be there so the people can get to work,” he said. “I kept a positive attitude because I know that if I can touch somebody’s heart who is trying to get to work, put a smile on their face, then I have accomplished my goal that day.”

A former IBM payroll specialist and licensed practical nurse, Swann was widowed in 1988 when his wife died of cancer. He joined GoTriangle looking for a career with a schedule that allowed him to be at home to care for his young son and bring joy there, too.

His son is now a father of two and doing great, Swann said. As for himself, he retired this year with full Social Security benefits and hopes to enjoy life and escape the fate of his three brothers, all of whom died before age 68. He plans to help care for his 93-year-old father and visit faraway lands and even dreams of finding love.

“I really wanted to be married again, and I hope to find love again,” he said. “But I don’t think that’s going to happen. People just don’t get married at my age every day. It takes time to get to know someone. I don’t want to be alone. I would love to date on a regular basis. I would love to travel.”

As he leaves GoTriangle, he acknowledged the suffering the COVID-19 pandemic is inflicting and offered these words.

“Hang in there,” he said. “It’s going to get better. Every day is a little different. There is a struggle right now, but if you keep the faith and think positive, you can get through that.”