Wake County, N.C. (March 31, 2017) – April 1 marks the beginning of the community’s new investment in a better public transit system for Wake County as the transit-dedicated half-cent sales tax that voters approved in November goes into effect.

As early as this summer, money from the new investment will allow the Wake County Transit Plan to offer improved bus stops, more park-and-ride options and expanded midday, evening and weekend bus service in Raleigh and Cary and to Raleigh Durham International Airport and Research Triangle Park. Public feedback from a comment period that ends April 3 will help shape the initial transit investments.

Over the next 10 years, the transit plan promises to make commuting options even more convenient, with a tripling of countywide bus service, an expansion of routes running every 15 minutes or less and new bus rapid transit and commuter rail systems. Accessibility will be enhanced with a transit stop within three quarters of a mile of 54 percent of the homes and 80 percent of the jobs in Wake County.

“Wake County has more than a million residents, and that number is growing by an estimated 450 people every week,” said Wake County Board of Commissioners Chairman Sig Hutchinson. “Projects funded through the Wake County Transit Plan will make commuting options more frequent, reliable and easier to use. We are thrilled to see this investment begin to take shape and look forward to the enhancements it promises for the community.”

Those enhancements will better connect Wake County residents and visitors to work places, schools and health care providers, among other important places.

"The enhanced transit system will provide community members greater access to needed services in education, healthcare and commerce," said Shaw University President Tashni-Ann Dubroy. "This opens the identity and offerings of the downtown area to a broader cross-section of residents - an action that will reap great dividends for our City and its citizenry for years to come."

The initial investment between 2017 and 2018 will focus on adding service to existing transit routes, upgrading transit stops and, for future expanded service, ordering new buses, which can take nearly two years to arrive. A portion of the new transit-dedicated sales tax also will go toward longer-term projects such as commuter rail and bus rapid transit systems.

Selected project proposals for 2017-18 include:

The Fuquay-Varina Express Route initially was funded by the North Carolina Department of Transportation as a temporary service to help mitigate the traffic effects of the Fortify I-40/440 rebuild project. The Wake County Transit Plan would continue the route when the Fortify project and NCDOT funding end. Fuquay-Varina has built a park-and-ride lot to support transit efforts.

"This is a great, early example of how municipalities in Wake County will be able to secure enhanced transit options for residents under the plan," said Fuquay-Varina Town Manager Adam Mitchell.  “Projects like this will allow our ​residents to see their investment in action and take advantage of its benefits early on in the 10-year timeline.”

The Transit Planning Advisory Committee is tasked with implementing the Wake County Transit Plan. Representatives of GoTriangle, the Capital Area Metropolitan Planning Organization, the Research Triangle Foundation, NC State and Wake County and all 12 of its municipalities, including the City of Raleigh and the Town of Cary, are members.

Over the next decade, the Wake County Transit Plan will:

In addition to the voter-approved half-cent sales tax, funding for the Wake County Transit Plan includes:

The draft Wake County Transit Work Plan for Fiscal Year 2018 is available online at www.waketransit.com. Follow our progress on Twitter (@WakeTransit) or subscribe to the Wake Transit blog to receive email updates. 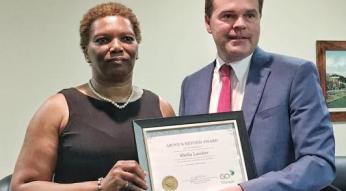