Councilman Reece replaces Durham mayor on GoTriangle Board of Trustees

Research Triangle Park, NC (July 14, 2021) – Durham City Councilman Charlie Reece has been appointed to the GoTriangle Board of Trustees. He replaces Durham Mayor Steve Schewel, who has announced he is not seeking re-election and has resigned from GoTriangle’s board, as the City of Durham’s representative.

GoTriangle’s Board of Trustees has 13 seats. The region’s principal municipalities and counties appoint 10 voting members to staggered four-year terms, and the North Carolina Secretary of Transportation appoints three ex-officio nonvoting members. One of the NCDOT seats currently is unfilled. 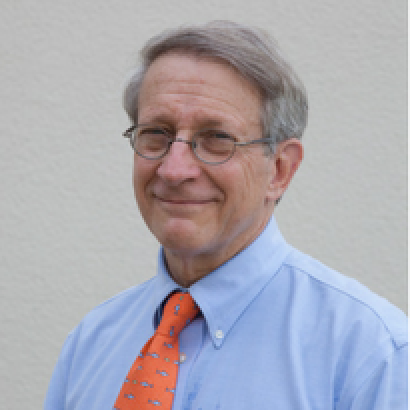 “It has been a great privilege for me to serve on the GoTriangle board with elected officials and others from throughout our region,” Schewel says. “GoTriangle’s mission of building an effective regional transit system is more crucial than ever as we face the challenge of climate change, increasing traffic congestion and a region growing in leaps and bounds.”

Schewel, left, had served on the board since 2018. Reece will be sworn in at the board’s meeting in August.

“Mayor Schewel has been a tireless advocate for regional public transit on our board and has been deeply involved in all of the major projects that GoTriangle has led,” says Michael Parker, chairman of the GoTriangle board and mayor pro tem of Chapel Hill. “I have personally benefitted greatly from working with Mayor Schewel, and I know that I speak for the entire board when I say that he will be greatly missed.”

Reece was first elected to the Durham City Council in 2015 and was re-elected to his current term as an at-large member in 2019.

“Charlie Reece is an extraordinarily capable representative for Durham on the GoTriangle board,” Schewel says. “He has made himself an expert in both local and regional transportation issues, and he deeply understands the need for both a great local bus system in Durham and great regional transportation to make sure that Durham’s residents can get to good jobs throughout the Triangle.”

Reece, an attorney, earned a bachelor's degree in government from Harvard University and a law degree from the University of North Carolina. He has worked as a prosecutor, an assistant district attorney and an assistant attorney general.

“The regional transit work being done by GoTriangle is absolutely essential to making sure that economic growth in the Triangle doesn’t leave any of our neighbors behind, and that’s why I’m thrilled to join the GoTriangle Board of Trustees,” says Reece, left. “I’m especially looking forward to working with the other board members to make sure that GoTriangle meets the transit needs of our poorest residents, both in Durham and across the Triangle.”

“I have had the privilege of working with him on the Durham-Chapel Hill-Carrboro Board, and I have seen firsthand his commitment to public transit for all,” Parker says. “I know that he will be an important voice for transit equity on the GoTriangle board as well as in the broader Triangle community.”

GoTriangle is the region’s public transit provider, working to improve our region’s quality of life by connecting people and places through safe, reliable, sustainable and easy-to-use travel choices. Its goals are to improve mobility in the region, to assure high-quality customer service through direct operation and partnerships and to encourage sound growth patterns in an ever-growing area.

“We know that as an at-large council member since 2015, Charlie Reece has been deeply involved in the evolution of the amazing City of Durham, and we’re looking forward to having him and his knowledgeable voice on our board as we work to create a unified transit network across the Triangle,” GoTriangle President and CEO Charles Lattuca says. “I’m glad that I had the opportunity to work with Steve Schewel during my first year at GoTriangle. His contributions to the board have been immeasurable.”