“Sometimes, love finds you, and you have no choice but to accept the blessing – that’s for sure,” says Leonard, a GoTriangle transit service supervisor who recently got married and is getting used to her new surname of Nweke. 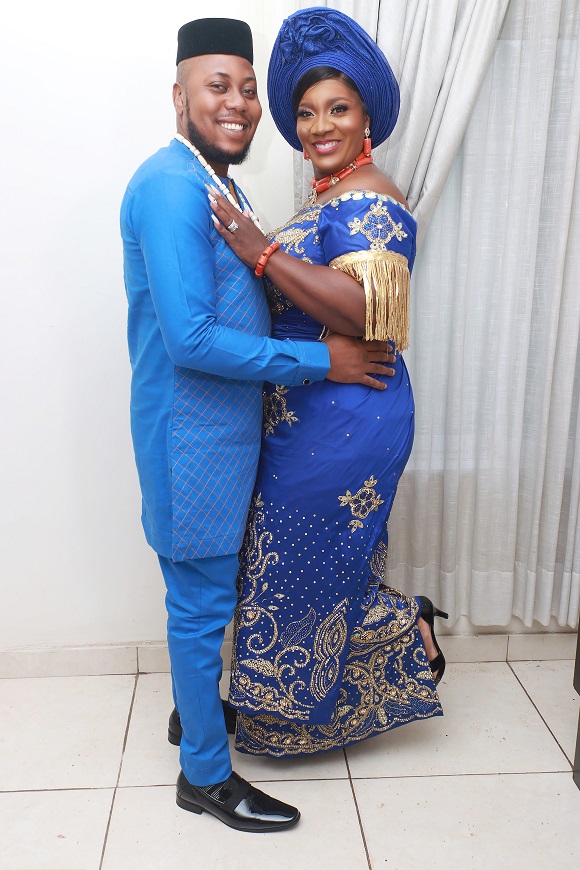 Two decades from the month she began bus operator training, Leonard says she is thankful for her career at GoTriangle and the lifelong friends she made here and for her husband, Cosmos Nweke, who lives for now in Nigeria.

A widow, Leonard met Nweke three years ago on Facebook and struck up a friendship that grew deeper with time. After countless phone conversations and three trips to see him in Africa, Leonard married Nweke last summer on her fourth visit to his homeland. They hope to reunite permanently in North Carolina once his immigration papers are processed.

A religious person, Leonard says she relied on her faith to decide how she should proceed with her relationship and whether to make the leap to go to Africa, a continent she had always dreamed of visiting but had never stepped foot in.

“Going to Nigeria is not for the faint of heart,” she says. “It is a whole different environment, a whole different atmosphere, but I just took it in stride. I knew that God was with me because he gave me the OK to go. Because through my prayers, through my fasting, everything was showing me the green light is there for you.”

Leonard was born in North Carolina but moved as an infant with her family to Detroit, Michigan, and later also lived in Union City, New Jersey. She remembers her high school as being pivotal in shaping her life views because she encountered students of all races who today are still her friends. She still treasures a photo of them.

“It shows what my future would look like and who I am as a person,” she says. “I love all people. I am a humanitarian at heart. Every time I see that picture, it brings back such great memories.”

By the late 1980s, Leonard had returned to North Carolina and begun working as a school bus driver. After her church started an interstate charter bus company and offered her driver training, she also began driving coach buses for her church.

Soon, her reputation as a safe driver spread, and she gained interstate driving contracts with private charter bus companies. Always accustomed to holding multiple jobs to make ends meet – especially after she became a single mom in her 20s – she was working at a hotel in downtown Raleigh when she saw a Triangle Transit Authority bus go by. The sign on the bus said TTA – as GoTriangle was then called – was hiring. The job offered $10.50 an hour, a $5 pay cut for her, but it would allow her to take a welcome break driving from state to state. What most intrigued her to take the job was the free gym membership and benefits.

“I didn’t know if I wanted to do transit because I was so accustomed to driving long-distance,” she recalls. “But I saw the sign and I said, ‘I’m going to apply to there, and just do that for a little bit.’ ”

A licensed and working cosmetologist, then and now, Leonard had planned to stay at GoTriangle for two years and move on, perhaps opening her own salon. However, she realized she would be eligible for GoTriangle’s retirement benefits if she stayed a year more.

That third year, she started a weight-loss program called the Flabathon, to help her fellow peers and anyone in the organization willing to take the challenge. Many signed up, and her efforts earned Leonard a special award from the agency for her efforts to help others.

“We were averaging a thousand pounds weight-loss overall in a three- to four-month span with 30 to 40 participants,” she says.

She really settled in to enjoy the playful culture that included company sports teams and an annual awards banquets. Soon she became so immersed in the friendships she made at work that the years flew by.

“We worked hard, but played harder,” she says. “It was the people, the environment, the different type of energy on the job. It made the job easy. You look up and years had gone by.”

After nine years as a GoTriangle bus operator, she was promoted to supervisor, a position she has held for the past 10 years. With the additional income from a second job, she was able to buy a house her first year at GoTriangle, a home she still lives in. Home ownership was no small feat for a single mom, she says, noting that GoTriangle’s annual pay raises helped as she was raising her young son on her own.

“It increased every year, and that made a difference when you’re a single parent to be able to take care of your family,” she says, adding that she was also able to buy a reliable car to get to work from her house out in countryside.

Today, among her blessings, she counts not only her 31-year-old son, Ashton, but also a 5-year-old stepdaughter, Princess, she gained through her recent marriage. She says going to Africa for the first time was a fascinating experience and one she looks forward to repeating over now that Nigeria is her second home.

Cosmos, an actor and movie producer, is the only one of eight siblings who has never traveled outside of Africa, and he is excited to travel and to see her homeland, she says.

“It’s going to be a great experience for him,” she says. “He cannot wait to come here. Just like I couldn’t wait to go to Africa.”

As she looks ahead, Leonard says she sees more she would like to accomplish, including continuing her education. She has earned an associate’s degree in business administration from Strayer University and is two classes away from completing a bachelor’s degree in human resources management. After she retires from GoTriangle, she is looking forward to starting the next chapter of her life as a full-time Mary Kay beauty Consultant, perhaps becoming a sales director, even as she will take with her the best gift GoTriangle ever gave her.

“I’ve met great people here,” she says. “I even have some real close friendships that long after I leave the organization will still exist.”

Whether GoTriangle team members are operating a bus, planning the routes, working on carburetors or computers or getting the word out about all of the benefits of transit, each person plays a critical role in how well we serve our community. Join Leonard at GoTriangle with a career that works for you. Learn more at gotriangle.org/careers.