GoTriangle’s Board of Trustees voted today to hire Charles E. Lattuca, executive director of Transit Development and Delivery for the Maryland Department of Transportation, as president and CEO of GoTriangle.

RESEARCH TRIANGLE PARK (MARCH 11, 2020) – GoTriangle’s Board of Trustees voted today to hire Charles E. Lattuca, executive director of Transit Development and Delivery for the Maryland Department of Transportation, as president and CEO of GoTriangle.

“After a nationwide search, the board is confident that we have found a new president who can bring the leadership experience to help GoTriangle provide the regional transit solutions that the Triangle needs,” says Michael Parker, chairman of the GoTriangle Board of Trustees. “We are all excited to work with Chuck to keep moving GoTriangle forward.”

Lattuca is an accomplished transportation executive with extensive leadership and government administration experience. Most recently, he has been leading a $5.6 billion project to build a 16.2-mile light-rail transit system, expected to open in 2023, in the Baltimore-Washington metro area.

“I’m very excited about coming to North Carolina and being a part of the GoTriangle team and working hard to lead the organization into a new era of creating transit solutions to meet the region’s growing transportation needs,” Lattuca says. “Working with local and state partners, we’ll be looking to expand transit services so that the Raleigh-Durham area can continue to grow well and grow more jobs. We’re about providing access to opportunity.”

Lattuca also has served as the Rapid Transit System development manager for the Montgomery County Department of Transportation, where he was responsible for planning and engineering studies related to advancing the Maryland county’s 102-mile bus rapid transit plan. Both the Wake County and Orange County transit plans include BRT projects.

“We were very impressed with Mr. Lattuca’s extensive experience, particularly related to his ability to successfully navigate large, complex and politically challenging projects,” says Nina Szlosberg-Landis, GoTriangle board member and chair of the CEO search committee. “We felt he’s the right person at the right time.” 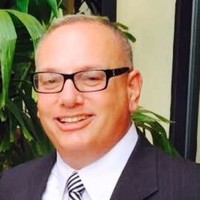 Lattuca is expected to start his new role at GoTriangle in mid-April. Shelley Blake Curran, GoTriangle’s general counsel, has been the interim president and CEO since August.

“The board wants to express its sincere gratitude to our interim CEO, Shelley Blake Curran, for stepping up at a difficult time and providing steady leadership and guidance to GoTriangle over the past eight months,” Parker says. “Thanks to her, we were able to keep moving forward without missing a beat.”

A six-year Navy veteran, Lattuca has a Bachelor of Arts in political science from the State University of New York at Oswego and a certificate in Strategic Leadership for State Executives from Duke University. He began his career as a legislative analyst in the Office of the New York State Assembly’s minority leader and also has served as the New York governor’s assistant director of state operations, overseeing the Department of Transportation, the Department of Motor Vehicles and the Office of General Services.

“I’ve been in transportation in one form or another for 28 or 29 years, and what I love about it is that it’s about jobs,” Lattuca says. “Whatever the investment is, whether it’s building and planning or operating the system, it gives people jobs and then it helps people get to their jobs. I love that.”

GoTriangle is the regional transit agency with routes connecting points in Wake, Durham and Orange counties. The agency averages more than 6,000 boardings a day on 20 regional and express routes.

All three counties have approved a half-cent sales tax designated for transit improvements and are working together to provide a unified regional transit network. Current plans call for four BRT corridors in Wake County, a north-south BRT project in Orange County, a 37-mile commuter rail project that GoTriangle is leading between Wake and Durham counties and greatly expanded bus service covering larger areas with more frequency.

“Workers of tomorrow are going to be demanding more transit to get to school, work and recreation, and the transit system has to meet that growing need,” Lattuca says. “The census data has shown immense growth in the Triangle over the past 10 years, and it’s going to grow again in the next 10 years. A strong transit network keeps the region competitive with the rest of the nation.”