Lawyer, cosmetologist came for the flexible GoTriangle hours, stayed because they loved the work

Full-time lawyer and part-time customer information specialist. It’s a combination that Steven Forbes thrives on. The flexible hours GoTriangle offers in many departments allow many employees like Forbes to achieve more, follow their passion and shape their future.

Lawyer, cosmetologist came for the flexible GoTriangle hours, stayed because they loved the work 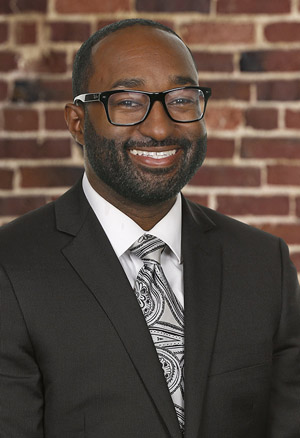 Full-time lawyer and part-time customer information specialist. It’s a combination that Steven Forbes thrives on. The flexible hours GoTriangle offers in many departments allow many employees like Forbes to achieve more, follow their passion and shape their future.

Working for GoTriangle’s Regional Information Center in Durham, he says he hones a skill useful for helping clients as an attorney at Moran, Reeves and Conn.

“Working at GoTriangle allows me to keep customer service first,” Forbes says. “Although it is a different dynamic working as a lawyer representing people, you still have to maintain a certain level of customer service, and I get to sharpen my customer service skills each and every time I log on to GoTriangle.”

Forbes works every Saturday and two Sundays a month for GoTriangle. He also jumps in as a “floater” to help during peak times when customer demand is great. Polishing his customer service, however, is just one reason he enjoys work at GoTriangle, he says, adding that his team, a flexible schedule and customers are others.

“Well, what brought me to GoTriangle was that I was looking for part-time employment while I was in law school, but what has kept me there are the supervisors and the staff,” he says. “Ever since I walked in the door, my supervisors have wanted me to grow both personally and professionally. Everyone is really, really nice and has been super accommodating to me and my schedule through law school and as a lawyer. I do really enjoy the work. I always joke with [my supervisor] Aaren and tell her if they keep me there, I will retire there.”

Aaren Landrum, Steven’s supervisor at GoTriangle, says Forbes can be counted on to help when he leaves his job at the law firm. “During service changes, snow storms, he logs in to work,” she says. “He’s an exceptional, outgoing, ambitious, patient, positive person.”

Forbes first began working weekends at GoTriangle in May 2015 while attending North Carolina Central University School of Law as a full-time student and working part-time in the school’s admissions office. While in law school, Forbes was also the chair of the Moot Court Board, a staff editor for Law Review and the president of his class. He earned his Juris Doctor in 2016 and was employed as a criminal defense attorney for the law office of Vincent L. Robertson, and he joined the real estate and securities group at Moran, Reeves and Conn in 2018. While he assists GoTriangle’s customers, he says, they in turn inspire him.

“Some people may admire my drive, but I admire our customers’ drive,” he says. “I am blessed to be able to drive to work every day. It takes a different level of commitment to sit outside in rain, sleet, hail or snow to catch the bus to go to work. It is that level of commitment that inspires me and drives me in my everyday work-life.” 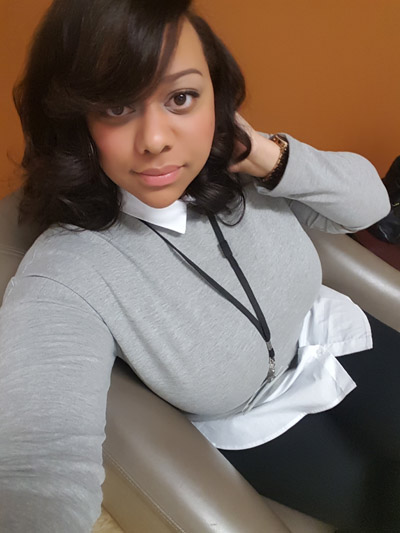 Like Forbes, Samantha Webb works for our Regional Information Center and has a second job, thanks to GoTriangle’s flexible work schedule. A licensed cosmetologist for more than 14 years, she works three days a week at Studio 101 Hair Salon in Durham, specializing in helping clients care for their natural curly hair and move away from chemical straighteners.

GoTriangle first attracted her as a student studying for her associate’s degree at Durham Tech. After a friend who was then working at GoTriangle told her about the compressed schedule that allowed for working four longer days instead of five eight-hour days, she applied for work. In March 2017, GoTriangle hired her, and she eventually earned an online bachelor’s degree in sociology from the University of North Carolina at Pembroke.

“When I first started working, I was part-time, and then I transitioned over to full-time,” says Webb, who is a senior customer information specialist. “So being able to work with those condensed schedules – being able to work four days – and still also juggle my other job as well and school – it’s helpful, tremendously,” she says. “Honestly, it’s hard to find that, and [having] people who care about what you do outside of GoTriangle – it’s not just about work and work only. My team here, they want you to grow and they allow for you to have that flexibility, whether you are going to school or you have another job.”

Gaining a degree in sociology and the psychology classes she took at college along the way have helped her on the job at GoTriangle, Webb says. “We’re constantly affected by what happens in society,” she says. “So it helps to understand what people are going through outside of just trying to get to work or class or wherever they are commuting to.”

Landrum, who also supervises Webb, agrees. “Because of the diverse customers that we talk to on a daily basis, I feel like her degree gives her like a broader perspective, especially with different cultures,” she says.

Webb is an asset at work, Landrum says. “She’s very thorough, especially when it comes to identifying critical information and organizing her daily work flow,” she says. “We work in a relatively fast-paced environment, and based on her work ethics, I would definitely say that she is a valued, essential team member within the entire organization.”

For her part, Webb sees a common thread running through both of her jobs: helping people through conversation. Now that she has her bachelor’s degree, she continues to anticipate her next step, which ultimately will be to become a therapist.

“Right now my ultimate goal is [to study] therapy in some form, counseling, so eventually I’ll probably do some more schooling and get my master’s as well,” she says. “As a cosmetologist, people tend to talk to you, and you become your client’s honorary friend or best friend, so it plays a really huge part, which is why I have an interest in it as well, in therapy, because that’s what I do all day.”

While Webb looks forward to more education, Forbes looks back with gratitude on what he has achieved.  “I just want to thank the organization for allowing me to be employed there for five years – certainly a milestone – and I appreciate everything the organization has done for me, and what they have allowed me to do for my family through employment.”

Whether GoTriangle team members are operating a bus, planning the routes, working on carburetors or computers or getting the word out about all of the benefits of transit, each person plays a critical role in how well we serve our community. Join Steven and Samantha at GoTriangle with a career that works for you. Learn more at gotriangle.org/careers.