When Anthony Nelson, the new dean of the School of Business at NC Central University, talks excitedly about the coming launch of the school’s Center for Entrepreneurship and Economic Development, he speaks of trains, both real and metaphorical.

Research Triangle Park, NC (Nov. 30, 2018) – When Anthony Nelson, the new dean of the School of Business at NC Central University, talks excitedly about the coming launch of the school’s Center for Entrepreneurship and Economic Development, he speaks of trains, both real and metaphorical. 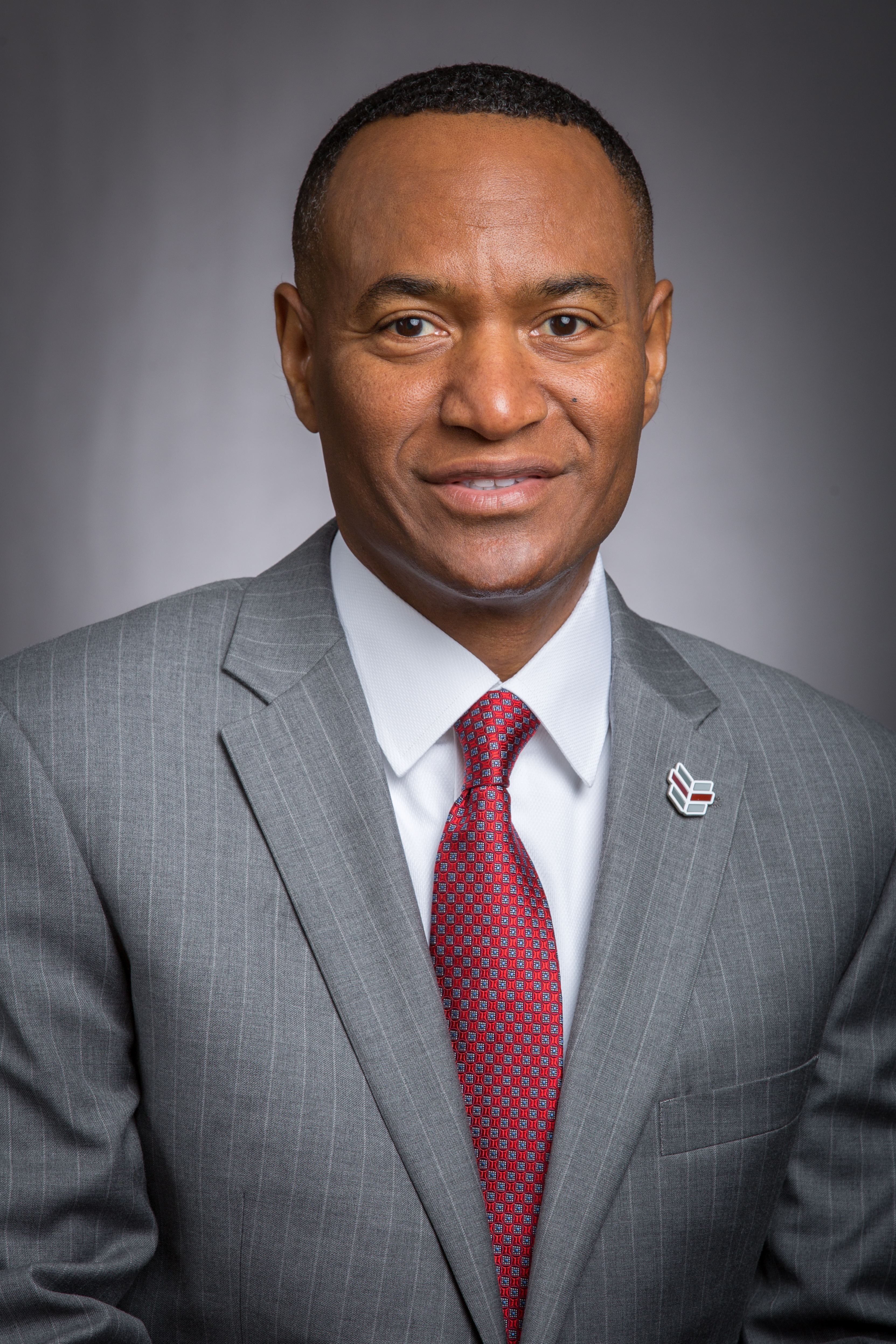 The real ones will belong to Durham and Orange counties’ light-rail line, which will have a station at NCCU that provides connections to and from the school and greatly expands the reach and potential for the center in ways Nelson finds intriguing.

The five metaphorical trains are carrying the center’s objectives, each traveling at its own speed but moving the plans forward, Nelson says.

One is carrying students, who in January will start using the center to learn how to turn an idea into a business and then a business into a bigger business. In February, Nelson hopes to launch a business idea competition among about 60 students, taking the best two or three ideas forward into a startup lab next summer.

“That whole discipline of deriving business ideas is extremely powerful, and it’s exciting to see students wrestling with those ideas and enjoying the murkiness and ambiguity and then, not only wrestling with ideas, but how do I bring it to market?” Nelson says. “Now they have to go through the technical skills of marketing, legal, accounting, finance, put together a pro forma, an income statement, so venture capitalists can say, not only is that a great idea, I see how it’s going to work. It becomes a great idea when you get someone to invest in it.”

The center’s four other trains are facilitating faculty research, adding entrepreneurship to all curriculum, helping individuals in the community develop businesses and reaching out to Triangle high schools and making sure students are exposed to entrepreneurship. Nelson is particularly interested in helping high schoolers explore college and career paths they might not otherwise be exposed to, which is part of cultivating and retaining talent in the local education and business ecosystem.

“It’s going to be exciting to see this take shape and take form as all of the trains are moving toward the same destination, which is to enhance entrepreneurial and creative thinking in the community and also help businesses and foster economic development,” Nelson says. “Every train is pointing in the same direction. How fast we go, who knows? But I’m excited.”

As for the light-rail trains, those are expected to start running by 2028. The project is in the federal engineering phase, with half of the cost of construction expected to come from the federal government. The line will run 17.7 miles between UNC-Chapel Hill and NCCU, with at least 18 stops that include Duke University and hospitals, the VA Medical Center and downtown Durham.

With the light rail, Nelson says, his students will have an easy ride to American Underground, for example, or anywhere downtown as they work with small businesses and companies. The light rail will help not only the university and students, he says, but also the businesses and employees who want to benefit from the center, attend presentations and then get back to work.

“When I lived in Maryland, it was so much easier to get on the train and commute to DC than to get in my car,” he says. “I didn’t know if it was going to take 35 minutes or an hour and 35 minutes. With the light-rail system, it’s going to take 15 minutes to get to one stop, and I’m always going to get there in the same amount of time. I love it.”

Nelson even believes light rail itself will spur innovation.

“Light rail allows individuals to take their hands off the wheel, to take their eyes off the road and then to imagine what the possibilities are,” he says. “When your hands are on the wheel and eyes are on the road, you can’t think innovatively. Driving is a routine. You want to leave the routine to someone else, to an automated process, and look at the bigger problems in life and be more helpful to the community. Let’s put the routine stuff to bed.”

To help pay for the center, NC Central University is looking for private investors who value innovation, creativity and business creation. Nelson is confident the community will respond.

“I’ve never been in a community that has been so collaborative with individuals who want to partner and build strong relationships with other entities and to make this a great city,” Nelson says. “The collaborative environment in the City of Durham and the county is second to none. There are so many individuals who want to see not just the School of Business but the university and the City of Durham and its communities thrive.”

The university will begin construction of a new School of Business building in 2020 at the corner of Alston Avenue and Lawson Street, adjacent to the planned location for the NCCU stop on the light-rail line. The building is being funded with $30 million from the Connect NC Bond and an additional $8.6 million from the General Assembly.

For Nelson, creating the Center for Entrepreneurship and Economic Development is more than a leap of faith. It’s a leap of possibility.

And when the fifth train carrying high schoolers newly aware of entrepreneurship comes into the center station, Durham will have an unbeatable ecosystem for economic development.

“When you’re taking kids in high school from the community and taking businesses from the community, and it comes full circle, they keep feeding off each other and it keeps mushrooming,” Nelson says. “You want those kids to come back and help stoke the fires and add fuel to the flame. If they’ve been passengers on the train, they’ll see the value of the train and will support that train moving forward.”

The stars are aligning themselves in Durham, Nelson says, and the Center for Entrepreneurship and Economic Development is poised to contribute to prosperity in the city, especially with the connections the light-rail line will bring.

“They say a rising tide lifts all boats,” he says. “That tide is getting ready to come in for Durham.”