SEPT. 25, 2020 -- The Triangle commuter rail line included in the transit plans of Wake and Durham counties has entered its last preliminary study phase and planners will be asking the public throughout the next 12 to 18 months what they think about the emerging project details.

First, an initial survey that seeks general thoughts on the project will be available between today and Nov. 6 at goforwardnc.org/commuterrail. 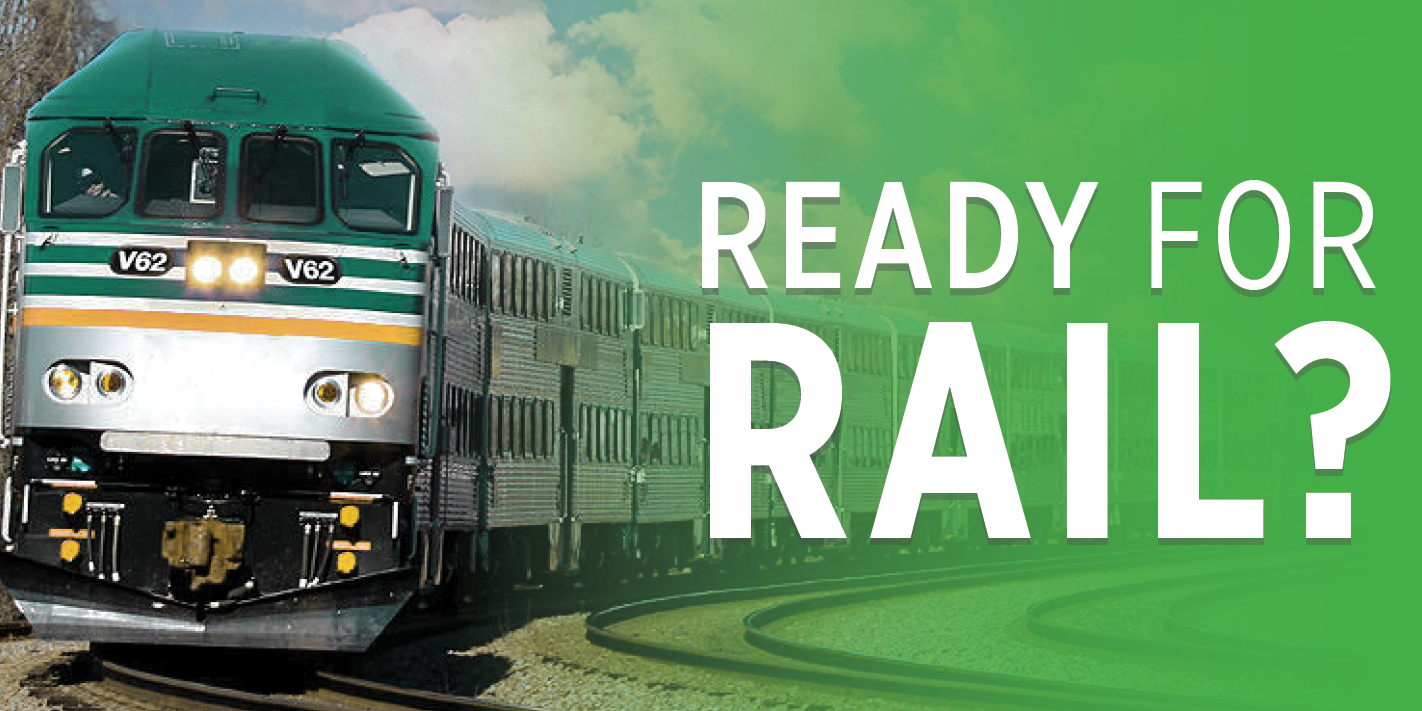 Plans in place in Wake and Durham counties call for a 37-mile commuter rail line to be built within the existing NC Railroad Company corridor between West Durham and Garner with stops at Research Triangle Park, Morrisville, Cary, NC State and downtown Raleigh along the way. The results of earlier studies have led Johnston County to commit money to evaluate extending the route to Clayton as well.

“The Triangle routinely lands on Best Places to Live lists, and Wake, Durham and Johnston counties collectively add more than 32,000 residents a year as a result,” says GoTriangle President and CEO Charles E. Lattuca. “More people mean more crowded roads and increasingly untenable commute times. The Triangle commuter rail line would give us a chance to manage that growth and create a truly regional transit network, which is essential to maintain the quality of life we enjoy.”

During the current study phase, stakeholders including counties, municipalities and railroads hope to agree on an initial project concept that includes station locations, how often the trains would run and train storage and maintenance needs. They also will look at infrastructure needs such as new train tracks, bridges or changes to the roadway network and analyze the economic and land-use benefits commuter rail would bring to the Triangle and the state.

A team of key stakeholders including representatives from GoTriangle, NCDOT, three counties, two metropolitan planning organizations, the Research Triangle Foundation and the North Carolina Railroad Company has been meeting regularly to review and discuss study findings and opportunities for the commuter rail project.

“There is no question that there is a need for increased mobility opportunities in the Triangle,” says Carl Warren, NCRR president and CEO. “We are working closely with our partners to determine how to successfully offer a commuter rail option while continuing to ensure the NCRR corridor can meet the needs of current and future freight and passenger needs.  The results of this survey will play a significant role in informing that process.

The stakeholders will be sponsoring the public surveys throughout the current study period and weighing the feedback.

“This project has extraordinary potential for strengthening our community so we are very eager to see what the next months of looking deeper into the details will show us,” Lattuca says. “We know that a Triangle commuter rail train would provide a quick and reliable commute, no matter the traffic on the roads. It also would vastly increase access to opportunity for our neighbors by significantly expanding the geographic range of jobs and educational institutions they could reach without a car. Transit also is an economic development driver. Every $1 invested in public transportation generates $5 in economic returns.”

At the end of the current study phase, governing bodies should have the technical information and public feedback they need to vote on whether the project is technically, financially, legally and politically achievable. If yes, they will proceed with project design and apply for entrance into the federal Capital Investments Grants pipeline. Federal grants could pay for up to 50 percent of the project cost.

Find out more about the project at goforwardnc.org/project/commuter-rail.