In the first year of the Youth GoPass program, the Triangle’s teenagers used their free passes to board public buses to get to school, work or play across Orange, Durham and Wake counties more than 460,000 times. 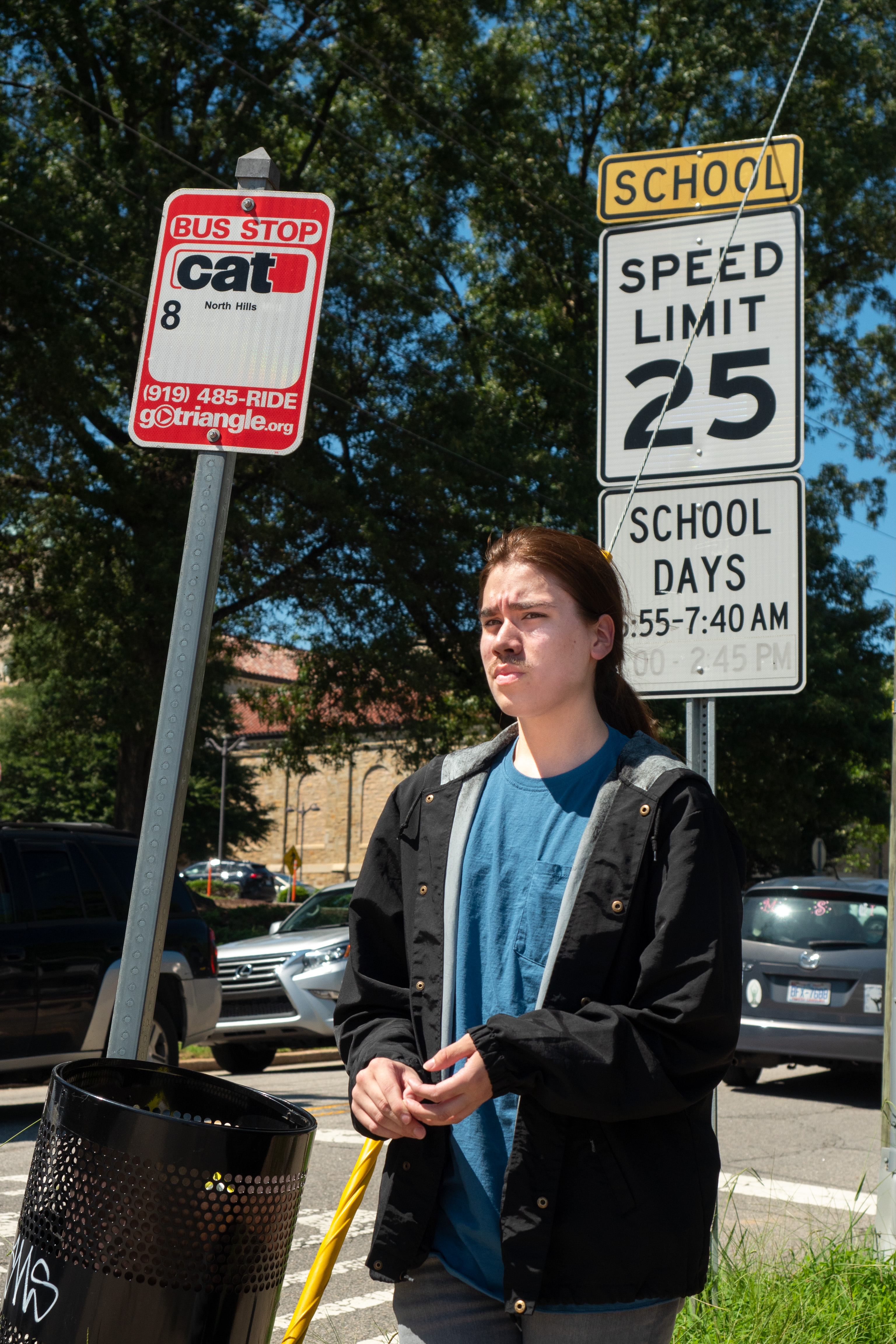 Research Triangle Park, NC (Sept. 10, 2019) – In the first year of the Youth GoPass program, the Triangle’s teenagers used their free passes to board public buses to get to school, work or play across Orange, Durham and Wake counties more than 460,000 times.

Altogether, more than 6,600 teens ages 13 to 18 signed up for Youth GoPasses between July 2018 and June 30, 2019. For a list of where you can get a Youth GoPass and for more information about how the program works, please see youthgopass.com. The pass is good for free rides on all GoCary, GoDurham , GoRaleigh and GoTriangle routes. Transit in Orange County is free for everyone.

Now that the traditional school year has started up again, the transit agencies are hoping even more teenagers learn how easy it is to get a pass at Wake, Durham and Orange public libraries, Raleigh Parks and Recreation community centers and transit agency ticket counters and how valuable that free ticket to ride can be.

“We couldn’t be more pleased about our young neighbors using their new Youth GoPasses nearly a half a million times to take advantage of the access a growing transit network provides,” says Shelley Blake Curran, interim CEO and president of GoTriangle. “Transportation should never be a barrier to education or other opportunities for anyone, and our continued community investment in transit and programs like the Youth GoPass help connect more people to a lifetime of possibilities.”

Christopher Reynolds, 17, is one of more than 400 Broughton High School students with a Youth GoPass, and he uses his every day to take GoRaleigh Route 8 between his home and school. His family had been spending about $50 a month for him to use public transportation before the free Youth GoPass program started last year.

“My grandma read about the pass, and she printed out the articles about it,” Christopher says. “My mom picked me up from school one day and we went to the library, and we got it. All I needed was a student ID, which I had on me. It’s easy.”

Greene Rand of Raleigh is another of the 6,663 teenagers who got a Youth GoPass in the first year. The 14-year-old had been using GoRaleigh routes to get between his home in Five Points and Moore Square Middle School from age 12 before he got his pass from GoRaleigh Station last fall. Children 12 and under accompanied by an adult ride free on any agency bus with no pass.

Greene, now a freshman at Enloe High School in Raleigh, found taking an air-conditioned bus with free Wi-Fi home from middle school a great way to decompress after a long school day and even to get ahead on some assignments.

“The bus left about 15 minutes after school got out, and I could walk down to the station with people who live in my neighborhood and all go together, and it was really fun,” he says. “And I could get help from friends on homework on the bus. It was a pretty useful experience.”

For Christopher, the peaceful mornings on the bus have been a great way to prepare for the rigorous days of high school. After a short walk to the stop, he boards about 6:18 a.m. and has about 30 minutes to just sit and enjoy the ride.

“I’m already awake, but if I’m sleepy, I put my head down,” he says. “I normally just listen to music, or I’m on my phone or staring out the window. Or studying. I can study for any test I have. The last week of school last year, I was studying so much for exams, on the bus, waiting for the bus.” 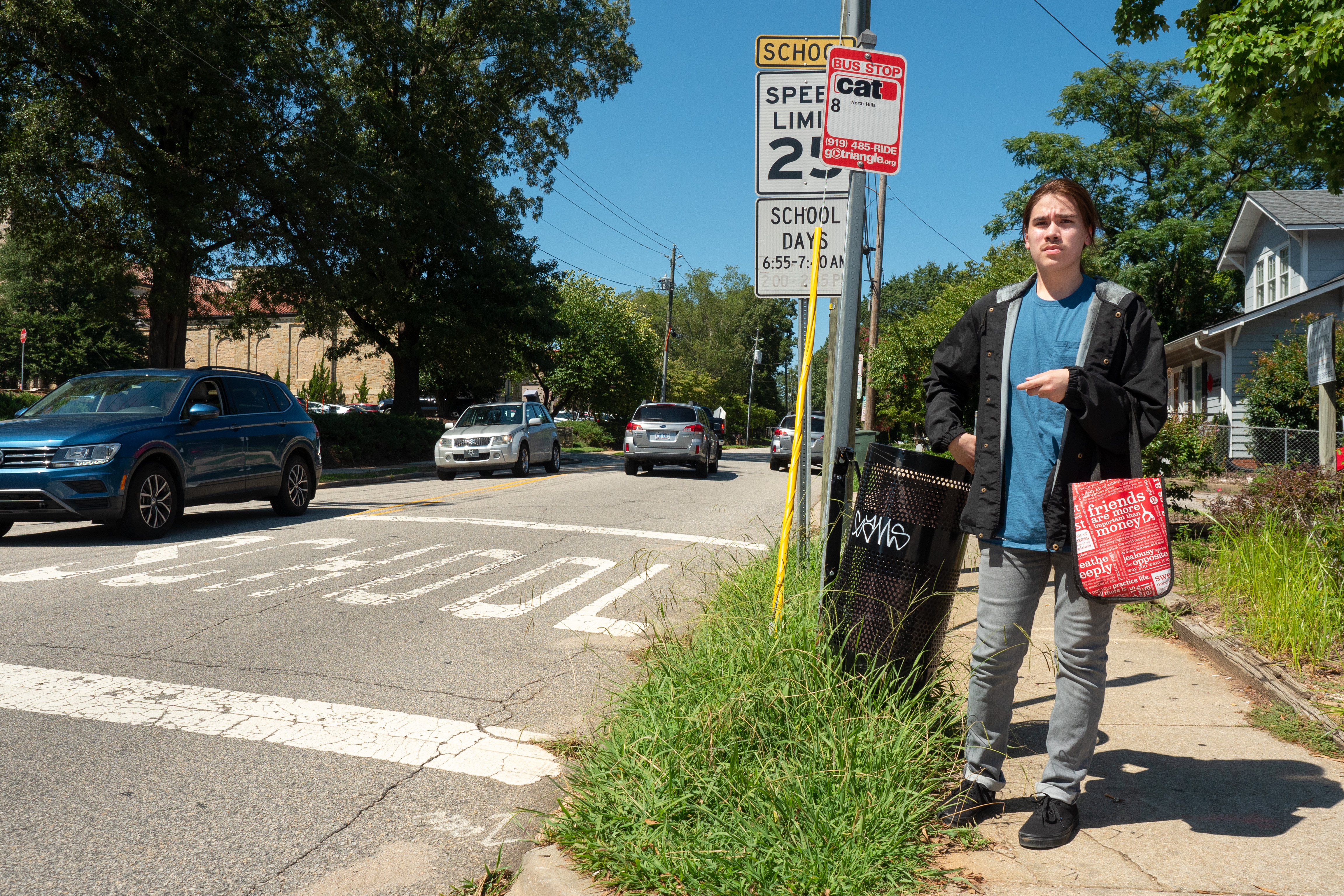 In starting the Youth GoPass program last year, the transit agencies had two goals. Short-term, the hope was to increase access to transit and to open up many more opportunities for the area’s teenagers to get to schools, jobs and places to meet friends. Long-term, the idea was to cultivate a generation of life-long transit users who are comfortable riding transit and who understand how a strong network improves the entire community.

In Greene and Christopher, both goals were met.

“Even after I turn 18, I’ll probably ride the bus if I need to get somewhere because I know it’s a good, safe form of transportation,” Christopher says. “I’m comfortable riding the bus. And it saves you money.”

Because Moore Square Middle School is a magnet school attracting students from across Wake County, Greene also used his Youth GoPass to go see friends who didn’t live near him. He says he definitely will be looking for his transit options everywhere life takes him.

“I think it’s a pretty good thing because, one, you don’t have to find a parking spot every time you go somewhere, and, two, it’s not a once a day thing,” he says. “You can catch a bus every 30 minutes sometimes so there’s breathing room to go get something to eat or whatever before you go home. Later on if I do move out of the Raleigh area, I’ll already know the way public transportation works, and it’ll be an option because I’ve been using it and will be comfortable using it in the future.”

Implementing the Youth GoPass was just one improvement in the transit plans passed by various local bodies for fiscal year 2019. Voters in Wake, Durham and Orange counties all have approved transit-designated half-cent sales taxes, and the counties are going forward together to create a unified regional transit system.